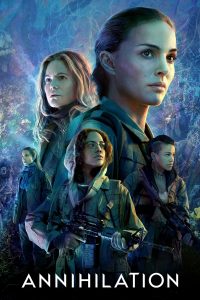 Area X has claimed the lives of members of eleven expeditions. The twelfth expedition consisting of four women hopes to map the terrain and collect specimens; to record all their observations, scientific and otherwise, of their surroundings and of one another; and, above all, to avoid being contaminated by Area X itself.

Annihilation is a 2018 science fiction horror film written and directed by Alex Garland, based on the novel of the same name by Jeff VanderMeer. It stars Natalie Portman, Jennifer Jason Leigh, Gina Rodriguez, Tessa Thompson, Tuva Novotny, and Oscar Isaac.

If you want another book on adventures for the sake of science and the mysteries it can bring, check out these suggestions.