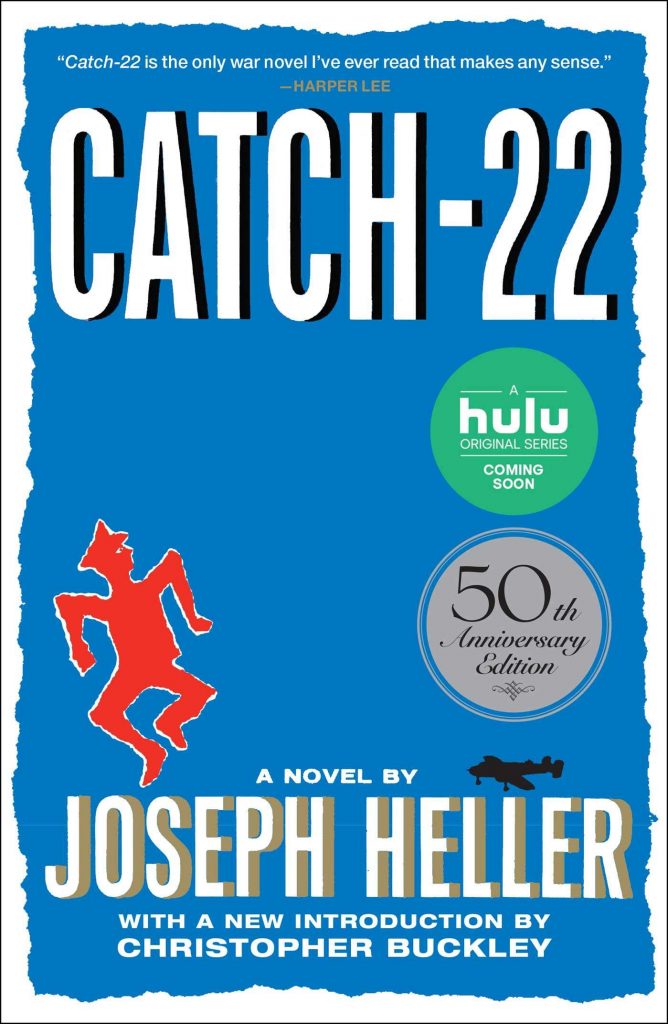 by Joseph Heller: Joseph Heller's masterpiece about a bomber squadron in the Second World War's Italian theater features a gallery of magnificently strange characters seething with comic energy. The malingering hero, Yossarian, is endlessly inventive in his schemes to save his skin from the horrible chances of war, and his story is studded with incidents and devices (including the Glorious Loyalty Oath Crusade and the hilariously sinister bureaucratic rule that gives the book its title) that propel the narrative in a headlong satiric rush. (from amazon.com)

Catch-22 is an upcoming satirical dark comedy miniseries based on the novel of the same name by Joseph Heller. It is set to premiere on May 17, 2019, on Hulu. The series stars Christopher Abbott, Kyle Chandler, Hugh Laurie, and George Clooney.

If you want the wit and humor of Catch-22, check out these fiction books.