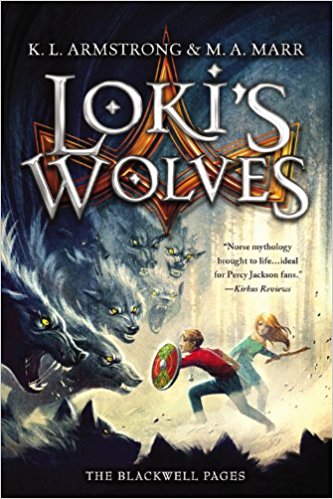 Matt Thorsen is a direct descendent of the order-keeping god Thor, and his classmates Fen and Laurie Brekke are descendents of the trickster god Loki. When Ragnarok - the apocalypse - threatens, the human descendents of the gods must fight monsters to stop the end of the world.

if you want myth and adventure, these titles are worth checking out.

Old Gods never die . . . Or so Athena thought. But then the feathers started sprouting beneath her skin, invading her lungs like strange cancer, and Hermes showed up with a fever eating away his flesh. So much for living a quiet eternity in perpetual health. Desperately seeking the cause of their slow, miserable deaths, Athena and Hermes travel the world, gathering allies and discovering enemies both new and old.

Thirteen-year-old Rory discovers a spirit world that thrives alongside his contemporary New York City, filled with fantastical creatures and people from the city's colorful past who have become gods and goddesses and who have chosen Rory to perform a dangerous mission.

Though she is from a family of clairvoyants, Blue Sargent's only gift seems to be that she makes other people's talents stronger, and when she meets Gansey, one of the Raven Boys from the expensive Aglionby Academy, she discovers that he has talents of his own - and that together their talents are a dangerous mix.

Six dangerous outcasts. One impossible heist. Kaz's crew is the only thing that might stand between the world and destruction - if they don't kill each other first.

Magnus Chase has always been a troubled kid. Since his mother's mysterious death, he's lived alone on the streets of Boston, surviving by his wits, keeping one step ahead of the police and the truant officers. One day, he is tracked down by a man he's never met - a man his mother claimed was dangerous. The man tells him an impossible secret: Magnus is the son of a Norse god. The Viking myths are true.