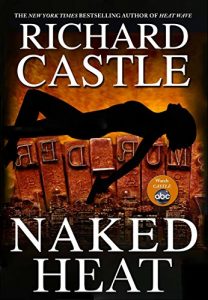 When New York's most vicious gossip columnist, Cassidy Towne, is found dead, NYPD Homicide Detective Heat uncovers a gallery of high profile suspects, all with compelling motives for killing the most feared muckraker in Manhattan. Heat's murder investigation is complicated by her surprise reunion with superstar magazine journalist Jameson Rook.

Castle was an American crime comedy-drama television series, which aired on ABC for a total of eight seasons from March 9, 2009, to May 16, 2016. It primarily traces the lives of Richard Castle (Nathan Fillion), a best-selling mystery novelist, and Kate Beckett (Stana Katic), a homicide detective, as they solve various unusual crimes in New York City.

If you want another NYC woman detective like Nikki Heat, check out these brave women and their stories.

A murder case with ties to a convicted serial killer leads a young defense lawyer and NYPD homicide detective Ellie Hatcher into parallel investigations with explosive and deadly results.

It is 2058, New York City. Even in the mid-twenty-first century, during a time when genetic testing usually weeds out any violent hereditary traits before they can take over, murder still happens. The first victim is found lying on a sidewalk in the rain. The second is murdered in her own apartment building. Police Lieutenant Eve Dallas has no problem finding connections between the two crimes. Both victims were beautiful and highly successful women. Their intimate relations with men of great power and wealth provide Eve with a long list of suspects - including her own lover, Roarke.

In turn-of-the-century New York City midwife Sarah Brandt is again helping police Detective Sergeant Frank Malloy. This time, an arsonist is presumed to have murdered a wealthy industrialist in an explosion. But Sarah and Frank clash over whether the murder was politically motivated because - as she knows and he is about to discover - the marble facades of Fifth Avenue hide as many dark and twisted secrets as any tenement on the Lower East Side.

In the summer of Star Wars and Son of Sam, a Long Island schoolgirl is found gruesomely murdered. Lourdes Robles, a relentless young Latina detective for the NYPD, steps in to track the serial killer. She discovers a deep and sinister web of connections between the victims and some of the most powerful political figures in the region. Now Lourdes not only has to catch a killer but maybe dismantle an entire system that's protected him, possibly at the cost of her own life.