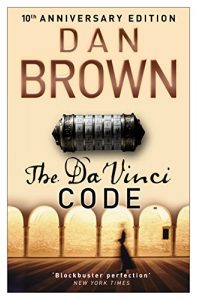 While in Paris on business, Harvard symbologist Robert Langdon receives an urgent late-night phone call: the elderly curator of the Louvre has been murdered inside the museum. Near the body, police have found a baffling cipher. While working to solve the enigmatic riddle, Langdon is stunned to discover it leads to a trail of clues hidden in the works of Da Vinci—clues visible for all to see—yet ingeniously disguised by the painter.

For more historical thrillers similar to the Robert Langdon series, check out the titles below.