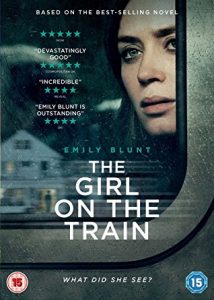 Every day, Rachel takes the same London commuter train and passes the same suburban scenery, yet one house catches her eye - mainly because of the married couple she glimpses living there. This leads Rachel to conjure up an entire dream life for this husband and wife, even naming them and giving them make-believe careers. Rachel's life has been spiraling downward, and her fantasy about this couple gives her a little joy. But all is not what it seems, and Rachel is soon embroiled in a murderous thriller.

The Girl on the Train

If you enjoyed The Girl on the Train, you may like the following novels.

View more suggestions for The Girl on the Train.