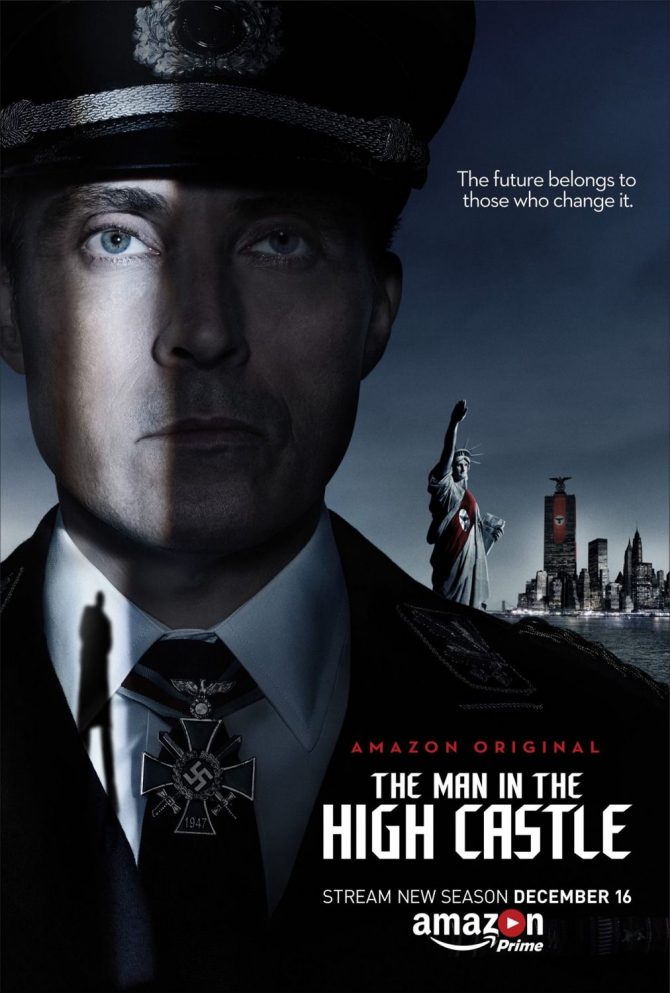 The Man in the High Castle by Philip K. Dick: In 1962 in America, slavery is legal again. Twenty years earlier the United States lost a war and is now being occupied by Nazi Germany and Japan.

The Man in the High Castle is an American television series depicting a dystopian alternate history. The series is based on the 1962 novel of the same name by Philip K. Dick.

The pilot, which premiered in January 2015, was Amazon's "most-watched since the original series development program began". The next month, Amazon ordered a ten-episode season, which was released in November to positive reviews. The second season of ten episodes premiered in December 2016, and a third season was announced a few weeks later and released on October 5, 2018. In July 2018, it was announced at San Diego Comic-Con that the series had been renewed for a fourth season. (from Wikipedia)

Like Dick's classic science fiction masterpiece, these alternate war histories will take you on a wild thrill ride.

View more suggestions for The Man in the High Castle.