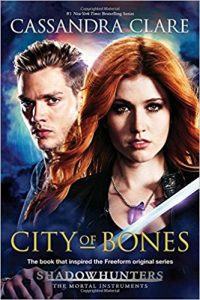 This popular young adult fiction fantasy tells the story of 15-year-old Clary Fray who is suddenly able to see demons and gets involved in the Darkhunters who are dedicated to returning them to their own dimension. To read the other books in Cassandra Clare's series, go here. For other similar book titles, check out the list below.

In 2013, a movie was made covering City of Bones. In 2016, the television station FreeForm developed a series based off the books, which is now in its third season.

For more titles like the Mortal Instruments series, check out the suggestions below.