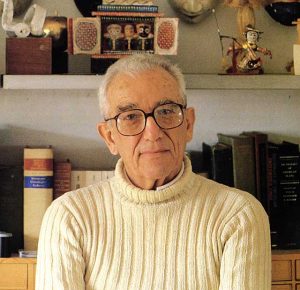 Leo Lionni was born into a family that appreciated art, and, from a very young age, he knew he wanted to be an artist. He loved nature and started keeping small creatures—minnows, birds, fish, and more - in his attic room in Amsterdam. He also created terrariums, and many of these natural details found their way into his later work. Like so many successful children’s authors, Leo Lionni was able to remember and tap into the things that were important to him when he was a child.

As his interest in drawing grew, he was mentored by his Uncle Piet, who was both an architect and an artist. Leo was very lucky to live just a few blocks from two wonderful museums. Further, as a child, he had a special pass so he could go there to draw whenever he wished. He learned to draw details from great works - plaster casts of famous statues. They made such an impression on him that many decades later he could still remember them perfectly, as he could with clarity recall so much about his tiny pets and nature scapes.

Leo’s Uncle Willem was a diamond broker and famous art collector. He traveled a lot, so he stored these amazing paintings with his relatives, including Leo’s family. Leo grew up surrounded by work from some of the most famous avant-garde painters, which complemented the more traditional art he saw in the museums.

His parents went to America without him when he was twelve years old. He lived with his grandparents in Brussels, but eventually, he joined his mother and father in Philadelphia. Rather soon though, the family moved to Italy. It was there that he would eventually meet his wife, Norah. By the time they returned to America just as World War II was heating up, the young Lionni family had two sons.

Leo was able to get a job in advertising, and he did this for some time very successfully. He helped create the famous ad campaign for the Ladies Home Journal: Never Underestimate the Power of a Woman. He wanted more freedom in his work, so he moved to New York City and opened his own office where he took on many famous clients such as Time/Life magazine, Fortune, Sports Illustrated, and Olivetti, a leading typewriter manufacturer.

He got into writing and illustrating children’s books almost by accident. He was trying to entertain his young grandchildren on a trip when he created a story about a blue dot and a yellow dot that got together by accident and then needed to come apart again. Little Blue and Little Yellow was such a success that soon he was writing and illustrating many more stories for children. He used a collage technique to make the pictures interesting, fresh, and appealing to kids. Many of his stories are fables, teaching a moral lesson—often in cooperation or cleverness or the importance of things not always valued. His books won many awards and are still treasured to this day. Sixteen of them can be found in the collection, Frederick’s Fables. 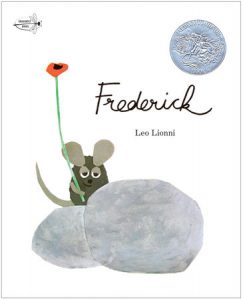 100 Years of Leo Lionni
http://rhkids.si-prd.randomhouse.com/brand/leo-lionni/
His publisher’s site has fun activities for many of his books.

Activities for Pre-K on Leo Lionni
https://classroom.synonym.com/activities-prek-leo-lionni-12174652.html
Simple ideas to add learning activities for Alexander and the Wind-Up Mouse and other books.