Kingdom of the Reach | Principality of Dorne

On Sunday, April 14th, we'll return to the lands of Westeros one last time to find out who will win the heated Game of Thrones. The last time we saw the seven kingdoms, they were fractured by the War of the Five Kings, a plethora of new rulers, and surprising - and unfortunate - deaths. The White Walkers are approaching quickly and half the population still considers them to be part of folklore. It's all coming to a head in the final season of what has become a touchstone in fantasy television history. The series concludes Sunday, May 19, at 9pm on HBO.

The wait is on since the final season trailer premiered. While you wait, check out these special read-a-likes for the seven kingdoms of Westeros - and then some - as well as their current status (i.e. who rules which kingdom) and notable characters.

Which House are you rooting for? Take this Buzzfeed quiz to find out which house you belong to!

Kingdom of the North 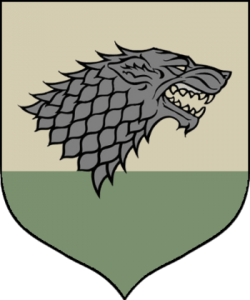 The Queen of the Tearling by Erika Johnansen: If you're rooting for the Stark women - and, in a way, Jon Snow - you'll adore Princess Kelsea Raleigh Glynn, who comes out of exile to claim her rightful place on the throne in the kingdom of the Tearling. She's constantly overlooked by her peers even when beating her enemies at every turn. Like Arya and Sansa - and in a way, Jon - Kelsea is the definition of a strong female lead character, and her quest to save her kingdom and meet her destiny will have you cheering all the way until the end.

Kingdom of the Rock 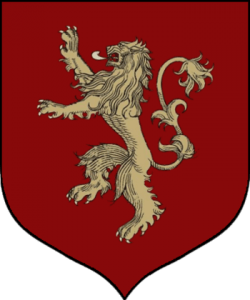 As the Lannisters know, it's bloody business overthrowing a king. In Promise of Blood, by Brian McClellan, Tamas' kingdom is filled with magic and technology - along with plenty of heated internal power struggles. Field Marshal Tamas' defeat of his king has provoked a war with the Nine Nations, and loyal royal fanatics are attacking internally. Tamas' allies scramble for money and power. Stretched to his limit, Tamas turns to his estranged son Taniel, who is a brilliant marksman, and Adamet, whose loyalty is tested by blackmail. Not the best individuals to rely on when your new kingdom is already at war.

Kingdom of the Mountain and the Vale 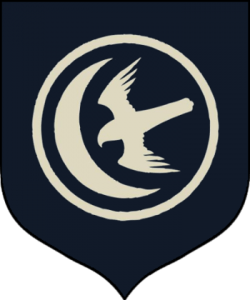 Visit another mysterious and mystical vale in Terry Brook's The Sword of Shannara series. In the peaceful Shady Vale, half-elven Shea Ohmsford knows little of the ancient evil that once ruled the world. But when the sadistic Warlock Lord returns bent on destruction, the sole weapon against him is the mythical Sword of Shannara, which can only be wielded by a true heir of Shannara. That's when Shea, last of the true Shannara bloodline, becomes the last hope of all races.

Kingdom of the Isles and the Rivers 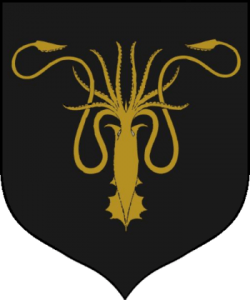 The Half-drowned King, by Linnea Hartsuyker, runs parallel to House Greyjoy's epic history. Ragnvald Eysteinsson is the son and grandson of kings, believing that one day he, too, would take the throne as chief of his family's lands. But the young warrior is betrayed and left for dead by men in the pay of his greedy stepfather. Rescued by a fisherman, Ragnvald is determined to get revenge, claim his birthright and the woman he loves, and rescue his beloved sister Svanhild, who will be forced to make a heartbreaking choice.

Kingdom of the Stormlands 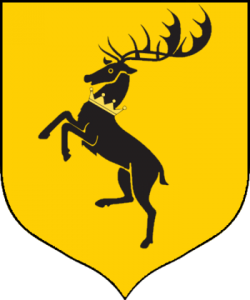 The Way of Kings by Brandon Sanderson: Like the Stormlands, the kingdom of Roshar is a world of stone and storms. Rocky terrain has shaped the ecology and civilization alike. Brightlord Dalinar Kholin's brother, the late king, was fascinated by an ancient text The Way of Kings which describes a powerful order. The Knights Radiant who have since fallen, but their mystical blades and breastplates remain, transforming ordinary men into near-invincible warriors. Dalinar becomes equally obsessed with the tale. Meanwhile, his young niece Jasnah has also learned of the Knights Radiant - and plans a daring theft. In the middle of a war that makes no sense - much like the War of 5 Kings - as 10 armies fight, the true cause of the war will soon emerge.

Kingdom of the Reach 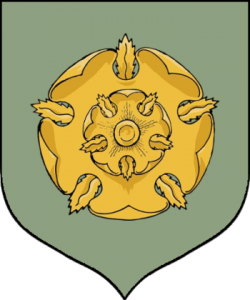 Like the Tyrell House, heroine Essun is facing a number of changes . . . all in one day. In The Fifth Season, by N.K. Jemisin, Essun comes home to find her husband has murdered their son and kidnapped their daughter. Sanze, the empire which civilization has rested upon for thousands of years, has collapsed. Worst of all, across the heartland of the world's only continent, a red rift in the land has been torn open, spewing ash that can darken the sky for years. But Essun is an orogene - one who wields the power of the Earth as a weapon. She'll break the world herself, if she must, to save her daughter.

Previously ruled by House Martell, but currently without a ruler 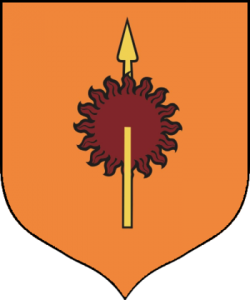 The City of Brass, by S.A. Chakraborty, has the atmosphere of Dorne and possibly some of its magic. Nahri is a young con artist, trying to make it on the rough streets of 18th-century Cairo, Egypt. Her palm and tea leaf readings are tricks and not magic - until the night she summons a djinn warrior during one of her cons, who tells her she comes from a long line of mystic healers. She embarks on an unexpected journey to Daevabad, the City of Brass, where six powerful djinn tribes still reside. Its high magical walls can keep out enemies, but they cannot protect against the growing darkness within the city. Daevabad's only hope is Nahri, who must claim her magical birthright and save the magical city.

Currently, House Targaryen is seeking to retake the throne from the Lannisters 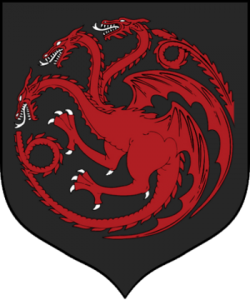 The Priory of the Orange Tree, by Samantha Shannon, has dragons, yes - but in a slightly different light. The House of Berethnet has ruled the kingdom of Inys for thousands of years. Queen Sabran IX belongs to a magic bloodline whose existence binds a world-destroying dragon, called the Nameless One, at the bottom of the ocean. But the queen lacks an heir, and her court is divided. Meanwhile, Ead Duryan, a member of a sisterhood of mages known as the Priory of the Orange Tree, is determined to protect the queen and her bloodline with forbidden magic. Dragonrider Tané is forced to make a choice that could see her life unravel. Much like the narrative of the complicated House Targaryen, as all of these narratives come together, an epic tale of magic, family secrecy, and power unfolds.

Rule Beyond the Wall, or the Land of Always Winter 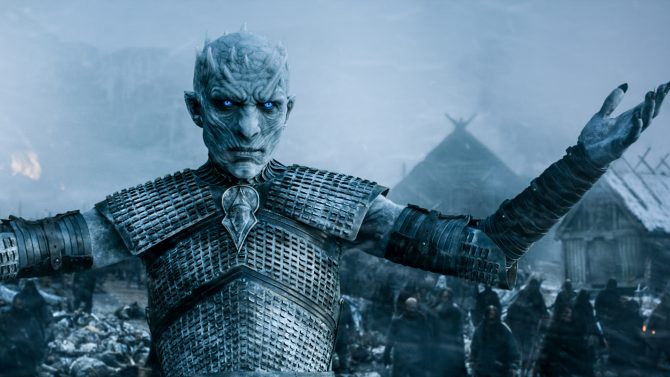 Uses magic, which is rare in Westeros
Notable characters: The Night King

Magic is also rare and dangerous in the gray world of A Darker Shade of Magic, by Victoria Schwab. Kell is one of the last Travelers - a magician with the rare ability to travel between parallel universes of London. While Gray London is boring and without any magic, Red London embraces magic within a flourishing empire. But in White London, anyone who has murdered his way to the throne controls magic, and Black London . . . no one speaks about. When Kell oversteps his traveler boundaries, he is forced to take sides with a common Gray London thief Delilah (Lila) Bard, who saves him but begs to go on a time-traveling adventure. When dark magic is afoot (think Black London), Kell and Lila will need to stay alive - which is a lot tricker than they expected.