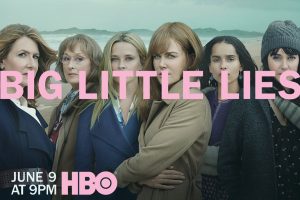 Follows three mothers, each at a crossroads, and their potential involvement in a riot at a school trivia night that leaves one parent dead in what appears to be a tragic accident, but which evidence shows might have been premeditated.

Big Little Lies is an American television drama series that premiered on HBO on February 19, 2017. Created and written by David E. Kelley, the series' seven-episode first season is based on the novel of the same name by Liane Moriarty. It stars Nicole Kidman, Reese Witherspoon, and Shailene Woodley. Season 2 returns June 9, 2019, on HBO.