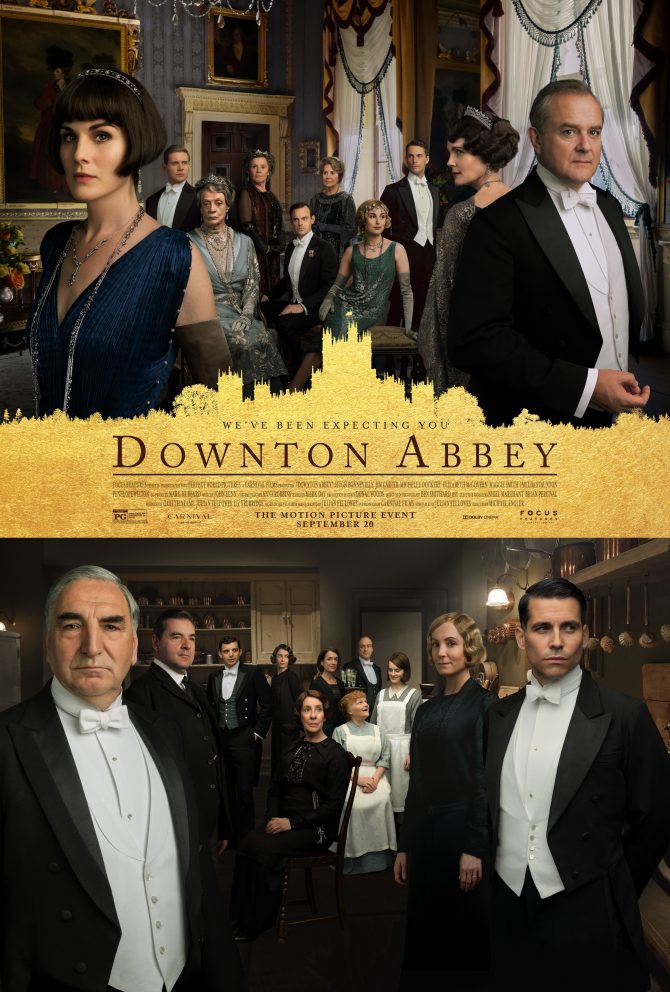 Have you watched all 6 seasons of Downton Abbey? Are you THRILLED a movie has come out? Thanks to these book suggestions, you can remain in the early 1900s with your favorite household employees. Transport yourself to the world of fancy gatherings and family manors in this read-alike list from Penguin Random House of historical fiction similar to Downton Abbey. Summaries provided by the publisher.

Howards End by E.M. Forester
This classic story regarding social conventions of English society at the end of the 19th-century centers around three families: the Wilcoxes, a wealthy family who made their fortune in the American colonies; the Schlegels, three intellectual siblings; and the Basts, a lower-class couple. Forester draws inspiration from his childhood home, Rooks Nest in Hertfordshire, for Howards End, a country estate owned by the Wilcoxes. The ownership of the grand house comes into question when the Wilcox matriarch makes a dying request that the estate is given to the Schlegels. The fate of the estate - and the three families - is parallel to the fate of English society itself at the turn of the century.

Lady Almina and the Real Downton Abbey by The Countess of Carnarvon
The true story behind Highclere Castle - the real-life inspiration and setting for Downton Abbey. Drawing on diaries, letters, and photographs from the archives of Highclere Castle, the inspiring story of Lady Almina - the counterpart of Lady Cora Crawley in the show -  is revealed, describing her generosity when she opened the doors of the castle to tend to wounded World War I soldiers. The rich tale contrasts the splendor of Edwardian life against the backdrop of World War I and offers an inspiring picture of the woman at the center of Highclere Castle.

The Razor's Edge by W. Somerset Maugham
World War I changed everything and everyone. Larry Darrel's physical wounds heal, but his spirit has been damaged almost beyond recognition. From an Indian Ashrama to labor in a coal mine, Larry's spiritual journey of self-discovery is unlike any other.

Lost Among the Living by Simone St. James
Jo Manders, a woman living in 1921 England, still mourns her husband Alex, who disappeared three years earlier when his plane was shot down over Germany. She acquires a job working as the paid companion to Alex's wealthy and difficult aunt, Dottie Forsyth, traveling to the family's estate, Wych Elm House, in the Sussex countryside. There she discovers mysterious deaths have plagued the family in the past. Ghostly footsteps follow Jo down the echoing halls, and items in her bedroom go missing then show up somewhere else. The locals claim the family is cursed and that a ghost in the woods surrounding the estate has never rested. As Jo discovers her husband's darkest secrets, she wonders if she ever really knew him . . . then, a mysterious stranger arrives at Wych Elm House.

The Downstairs Girl by Stacey Lee
Seventeen-year-old Jo Kuan works as a lady's maid for the cruel daughter of one of the wealthiest men in Atlanta. By night, Jo moonlights as an author for a newspaper advice column called "Dear Miss Sweetie." When her column becomes popular, she uses the pen to address society's ills but is not prepared for the backlash that follows. While others claim to uncover the secret identity of Miss Sweetie, a mysterious letter sets Jo off in search for her own past. Eventually, Jo must decide whether she continues to be a girl living in the shadows, or step out into the light.

Beauchamp Hall by Danielle Steel
Winnie once dreamed of graduating college, moving to New York City, and pursuing a publishing career. But real-life hit hard. Years later, her dead-end job and reckless relationship force her to conclude dreaming is for others. She returns to the dream world through the British television series Beauchamp Hall, fascinated by the 1920s estate and the rich upstairs-downstairs world brought to life on screen. When her boring life goes even further downhill, she packs her bags and flies to England to see the town where Beauchamp Hall is filmed. Making friends with the siblings who live in the castle, along with the show's colorful company and drama, Winnie's world comes alive. What happens next is the stuff of dreams - dreams she thought she left far behind.

The Summer Before the War by Helen Simonson
It's 1914 in East Sussex and everyone agrees the weather has never been so beautiful. Young medical student Hugh Grange is visiting his Aunt Agatha in the idyllic coastal town of Rye. Aunt Agatha has risked her carefully-built reputation by pushing for a woman replacement for the Latin master in town. That's when Beatrice Nash arrives with several large creates of books and it is clear she is more freethinking - and Hugh thinks, more beautiful - than any Latin master should be. Just as Beatrice is getting used to the Sussex landscape, the summer is about the end - and the unimaginable is coming. Soon, the small Sussex town and its inhabitants go to war.

The Beautiful and Damned by F. Scott Fitzgerald
The Jazz Age in New York City is exploding and Harvard-educated Anthony Patch and his wife Gloria struggles with love, marriage, and money. Inspired in part by Fitzgerald's own relationship with his wife Zelda, this haunting novel is a vivid portrait of a lost world inhabited by a decadent generation.

Lovely War by Julie Berry
A multi-layered romance set in the days of World Wars I and II, were the gods hold their fates - and hearts - of these four mortals: Hazel, a classical pianist from London; James, a British would-be-architect-turned-soldier; Aubrey, a Harlem-born ragtime genius in the U.S. Army, and Colette, a Belgian orphan with a gorgeous voice and devasting past. Their stories are told by the goddess Aphrodite, who must spin this tale or face judgment on Mount Olympus. Though War is an unstoppable force, it's no match for the power of Love.

Rutherford Park by Elizabeth Cooke
The occupants of Rutherford Park, the Cavendish family, treat their home as a way of life. However, the lady of the house Octavia feels bound - as does her husband William - by the obligations of his title as well as his vows. Their son Harry, who is expected to follow in William's footsteps, wants to pursue his own adventure in aerial flight. Meanwhile - downstairs - a housemaid named Emily holds a secret that can undo everything the Cavendishs have established. Then on Christmas Eve 1913, things take a turn. As the clouds of war gather on the horizon, an epic tale of longing and betrayal is about to unfold at Rutherford Park.