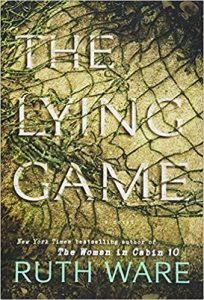 Four girls are best friends and inseparable at Salten, a second-rate boarding school near the cliffs of the England Channel. They are notorious for playing the Lying Game, telling lies to both fellow boarders and faculty. Their little game has consequences when they soon learn their shared past was not as safely buried as they had once hoped.

If you want another fast-paced novel filled with secrets and lies, check out these suggested adult thriller titles.