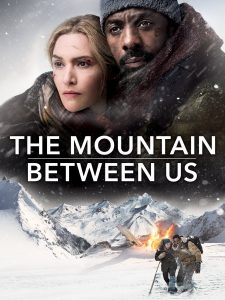 Stranded in a frigid mountain wilderness after a plane crash, a gifted surgeon and a young magazine writer are forced to rely on each other for survival while confronting painful truths about their personal lives.

The Mountain Between Us

The Mountain Between Us is a 2017 American drama film. It stars Idris Elba and Kate Winslet. The film premiered on October 6, 2017.

If you want another novel about devastating plane crashes, along with the strength and endurance people develop in order to survive, check out these titles.

A night flight from Istanbul bound for Paris, filled with 169-holiday travelers, plummets into the Swiss Alps. The sole survivor is a three-month-old girl - thrown from the plane onto the snowy mountainside before fire rages through the aircraft. But two infants were on board. Is the miracle baby Lyse-Rose or Emilie? Both families step forward to claim the child - one poor, one powerful, wealthy, and dangerous.

On a foggy summer night, eleven people - ten privileged, one down-on-his-luck painter - depart Martha's Vineyard on a private jet headed for New York. Sixteen minutes later, the unthinkable happens: the plane plunges into the ocean. The only survivors are Scott Burroughs - the painter - and a four-year-old boy, who is now the last remaining member of an immensely wealthy and powerful media mogul's family. With chapters weaving between the aftermath of the crash and the backstories of the passengers and crew members the mystery surrounding the tragedy heightens. As the passengers' intrigues unravel, odd coincidences point to a conspiracy. Was it merely by dumb chance that so many influential people perished? Or was something far more sinister at work?

For Sophie Ducel, her honeymoon in French Polynesia was intended as a celebration of life. The proud owner of a thriving Parisian architecture firm, co-founded with her brilliant new husband, Sophie had much to look forward to - including a visit to the island home of her favorite singer, Jacques Brel. For Barry Bleecker, the same trip was meant to mark a new beginning. Turning away from his dreary existence in Manhattan finance, Barry had set his sights on fine art, seeking creative inspiration on the other side of the world - just like his idol, Paul Gauguin. But when their small plane is downed in the middle of the South Pacific, the sole survivors of the wreck are left with one common goal: to survive.

A survival story about four strangers who spend five days lost in the mountain wilderness above Palm Springs. Four go up the mountain, but only three will come down.

In a dusty corner of a basement in a rambling Victorian house in northern New Hampshire, a door has long been sealed shut with 39 six-inch-long carriage bolts. The home's new owners are Chip and Emily Linton and their twin ten-year-old daughters. Together they hope to rebuild their lives there after Chip, an airline pilot, had to ditch his 70-seat regional jet in Lake Champlain after double engine failure which left 39 dead. Strange things start happening in the town as Chip and Emily begin to question their sanity.

Winifred Allen needs a vacation. Stifled by a soul-crushing job, devastated by the death of her beloved brother, and lonely after the end of a fifteen-year marriage, Wini is feeling vulnerable. So when her three best friends insist on a high-octane getaway for their annual girls' trip, she signs on, despite her misgivings. What starts out as an invigorating hiking and rafting excursion in the remote Allagash Wilderness soon becomes an all-too-real nightmare

View more suggestions for The Mountain Between Us.