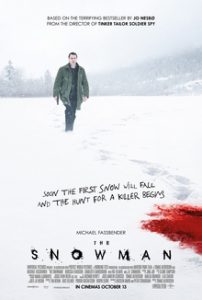 In Oslo, after the first snow of the season has fallen, a woman disappears, and a sinister snowman is left in her wake. As irascible detective Harry Hole realizes that this is only one of the multiple disappearances, he begins to think a serial killer may be at work - and may be drawing in Hole personally and intentionally.

If you want another nail-biting Norwegian thriller, check out these suggestions.

View more suggestions for The Snowman.