Ask Me What to Read | See What I'm Reading | Recent Booklists

CRRL My Librarian: Manga Titles for Adults
Finding manga titles featuring adult main characters can be a challenge. Some manga in these categories feature mature content, but it is not a requirement of the genres.
This list contains both adult and teen titles.

CRRL My Librarian: History of Beauty
Histories of cosmetics, changing fashions, and hairstyles.

CRRL My Librarian: All the Cosplay!
Cosplay is a portmanteau of the words "costume" and "play" created by Japanese journalist Nov Takahashi in 1984. Dressing in costume as favorite characters (from movies, television, video games, and books) has continued to increase in popularity thanks to the spread of cosplay contests at conventions, blogs, and social media accounts by popular cosplayers.

CRRL My Librarian: Afrofuturism and Fantasy
Afrofuturism is a subgenre of science fiction that has been around since the 1990s but has risen to prominence with the 2018 movie Black Panther. It involves the merging of technology with African or African Diaspora cultures. Time travel and alternate worlds often blur into the realm of fantasy, which is why it is included here. Contains adult and teen titles.

I’ve always been a reader but growing up, I had many potential future jobs in mind. I entertained career options including a costumed historical interpreter, forensic scientist, museum curator, costume designer, and the person who comes up with the names for crayons and nail polish (though that was a short-lived phase). I received a bachelor’s degree in Historic Preservation from the University of Mary Washington and master’s degree in Library Science from the University of Kentucky. Being a librarian allows me to be surrounded by books about almost any subject that peaks my interest, which is brilliant!

What happens when your tastes run the gamut from adorable books so sweet they make your teeth ache to grisly murder mysteries? Then you might want to see what I can suggest for you because we’re in the same boat!

Jane Austen, manga, J.R.R. Tolkien, superheroes, William Shakespeare, crafts, Monty Python, costumes, Sherlock Holmes, Harry Potter, page-turning mysteries, Star Trek, and random facts from history . . . if you enjoy any of these things too, let me find a title for you! 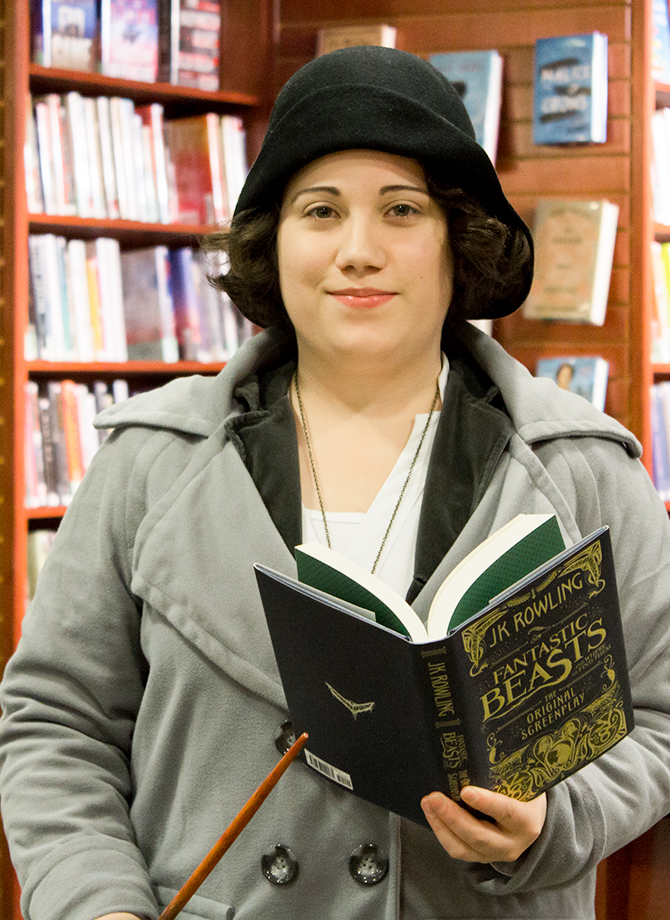